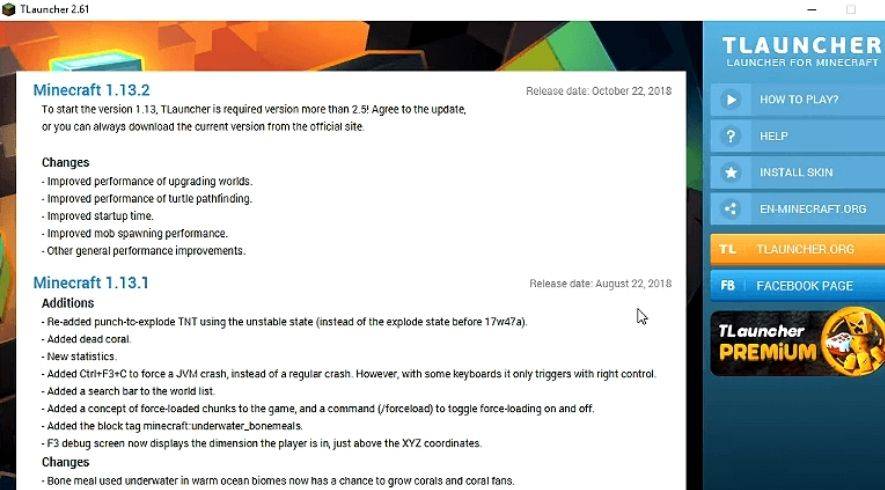 It's been a while since we've had a major update for TLauncher, but that doesn't mean we haven't been working hard behind the scenes! We've been working on a number of new features and fixes, which we're excited to share with you in this update. One of the biggest changes in this update is the addition of a new world type: the Nether. This dark and dangerous place is full of new challenges and rewards, so be sure to check it out when you get a chance. In addition to the Nether, we've also added a number of new blocks, items, and mobs.

TLauncher is a launcher for Terraria that offers a massive amount of features and quality of life improvements. The launcher has been updated with a host of new features, fixes and improvements.

Today we're releasing a new update for TLauncher, which includes a number of gameplay changes, fixes and new features. First, we've made some changes to the way the game handles resource packs. Now, when you select a resource pack in the game settings, it will be applied to all worlds automatically. This should make it much easier to use resource packs, and should also fix some bugs that were causing resource packs to not work correctly. We've also made a number of changes to the game's user interface. We've made the main menu easier to navigate, and we've added a new "Settings" menu where you can change game options like resolution and sound volume.

Finally, we've made a number of small changes and fixes to the game. We've fixed a number of bugs that were causing crashes, and we've made some performance improvements.

That's all for this update! As always, if you have any feedback or suggestions, please let us know.